Upcoming appearances for outside talent were announced:
Shuji Ishikawa and Kohei Sato to compete on the July 30th show at the Shinjuku FACE.
Tatsumi Fujinami and the Brahman Brothers will compete on the August 26th show at the Korakuen Hall.
Meiko Satomura will compete on August 28th at the Shinkiba 1stRING. Also on the the card for tomorrow’s Maji Manji.
Sabu was announced to compete for DDT on September 23rd at the Korakuen Hall.
Andre the Giant Panda was announced for the October 6th show in Nemuro City, Hokkaido. 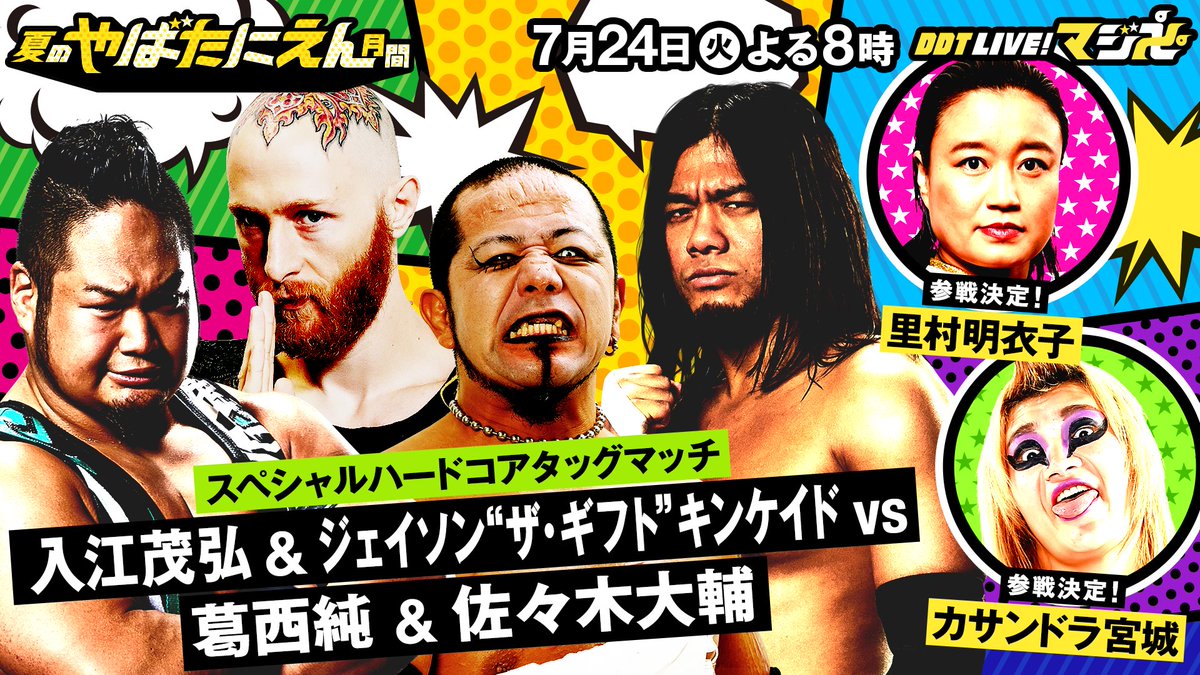 Jun Kasai will be teaming with Daisuke Sasaki tomorrow at Maji Manji.