All Japan Pro Wrestling: The Junior Battle of Glory has been ongoing during the Excite tour throughout this month, the standings as of the 16th are:

Big Japan Pro Wrestling: Ikkitousen ~ Death Match Survivor ~ The competition this year will be focused on Death BJ, as Strong BJ was the focus this year. Current BJW Death Match Heavyweight Champion, Masaya Takahashi will not be taking part. The tournament starts on the 28th of the month, the blocks are as follows:

If you’ve never seen Death Match Survivor, and you are perhaps curious, here is a taster.

Dramatic Dream Team: Judgement 2019 is currently taking place, hopefully the VOD will be up soon but the card looks great and should be worth a watch. 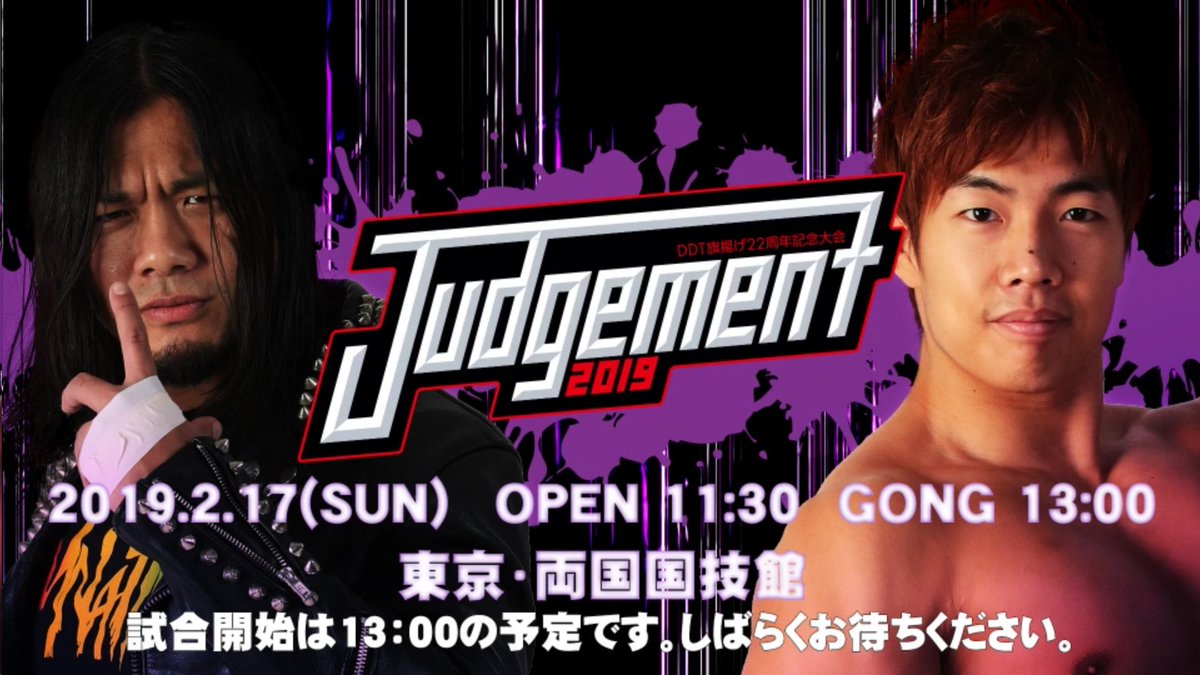 Pro Wrestling NOAH: Two title matches have been set for the first Great Voyage of the year in Yokohama, GHC Jr. Heavyweight Title: Daisuke Harada (c) vs. Minoru Tanaka and GHC Heavyweight Title: Kaito Kiyomiya (c) vs. Naomichi Marufuji. I think Atsushi Kotoge and Eddie Edwards may have been scheduled to face new GHC Tag Team Champions, 50 Funky Power’s but Kotoge has since been ruled out to injury, suffering a dislocation of the elbow during the Manto Splash.

Wrestle-1: Crusier Fes 2019 has been ongoing during the current tour, W-IMPACT. 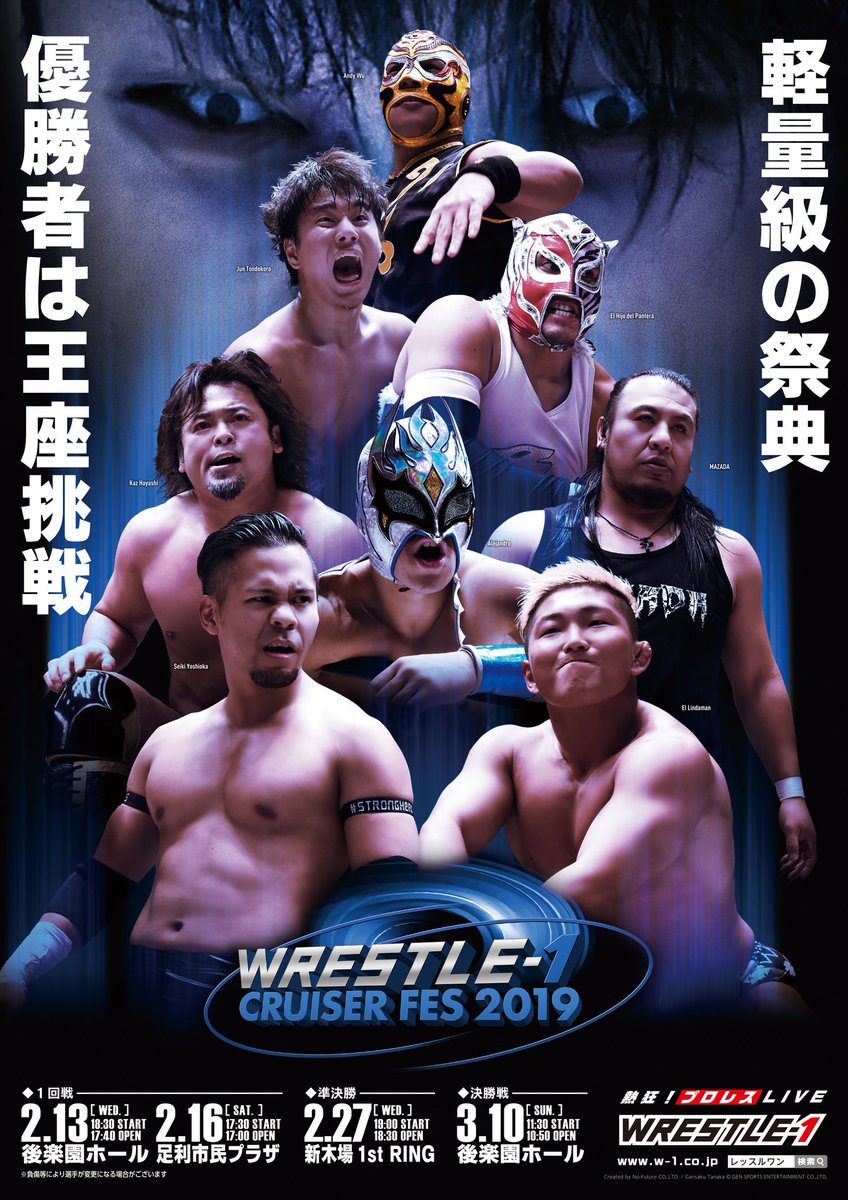 The Ota Ward show on the 21.03 will called ~Wrestle Wars~, two matches have been announced, former Champion Shotaro Ashino will be facing Daisuke Sekimoto of Big Japan, current W-1 Champion T-Hawk’s first defence will be against Ikemen. Also recently announced was Reika Saiki, notably wrestles for TJPW has signed a deal with the company, I imagine she’ll continue working for the Joshi promotion as Hana does for Stardom.

World Wonder Ring Stardom: X has been revealed as Andras Miyagi, known as Cassandra Miyagi in her former home promotion Sendai Girl’s, who she recently resigned from. She has joined Oedo Tai. 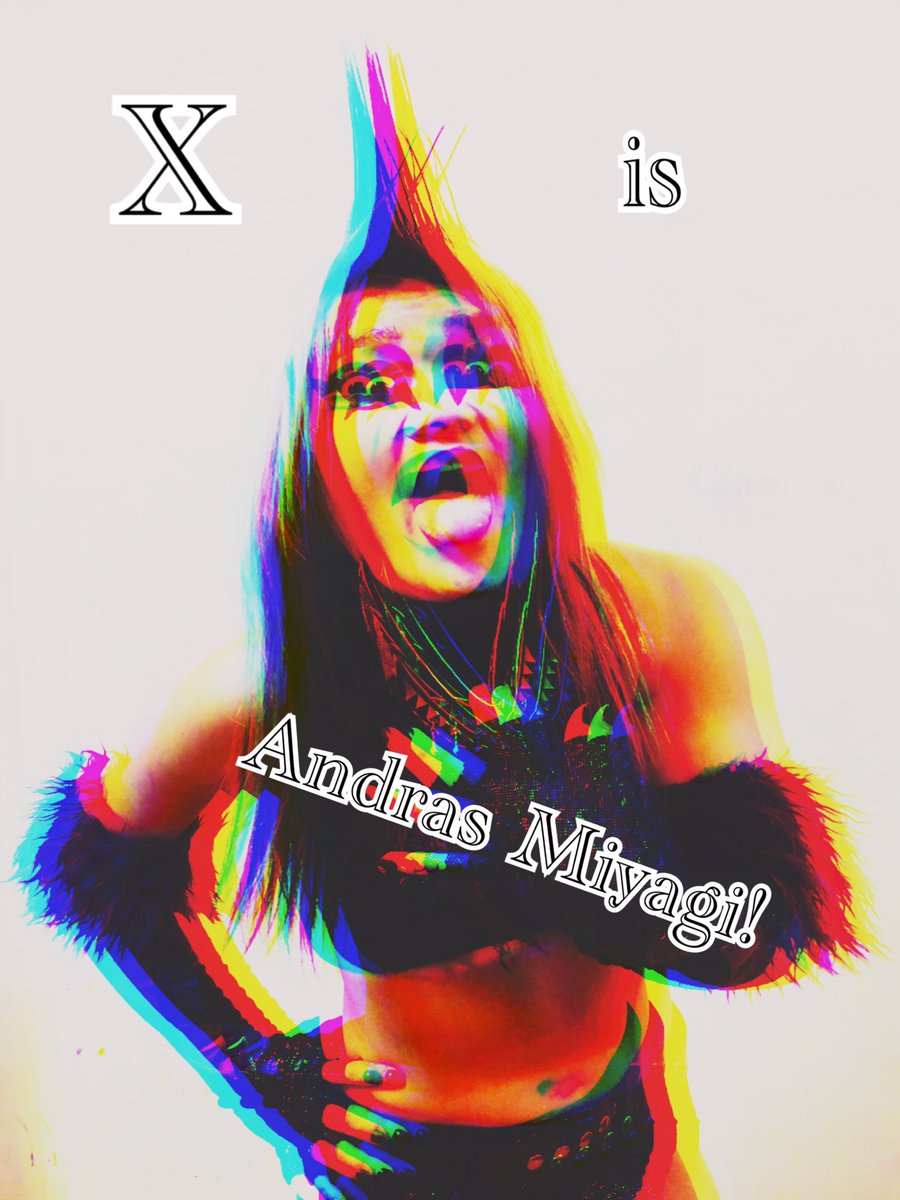 Today’s show ~ Stardom Queen’s Fes 2019 ~ took place in Korakuen Hall, news coming out of the show is Konami has challenged Mayu Iwatani for the WOH Championship which she recently won in America. Results from today’s show are: